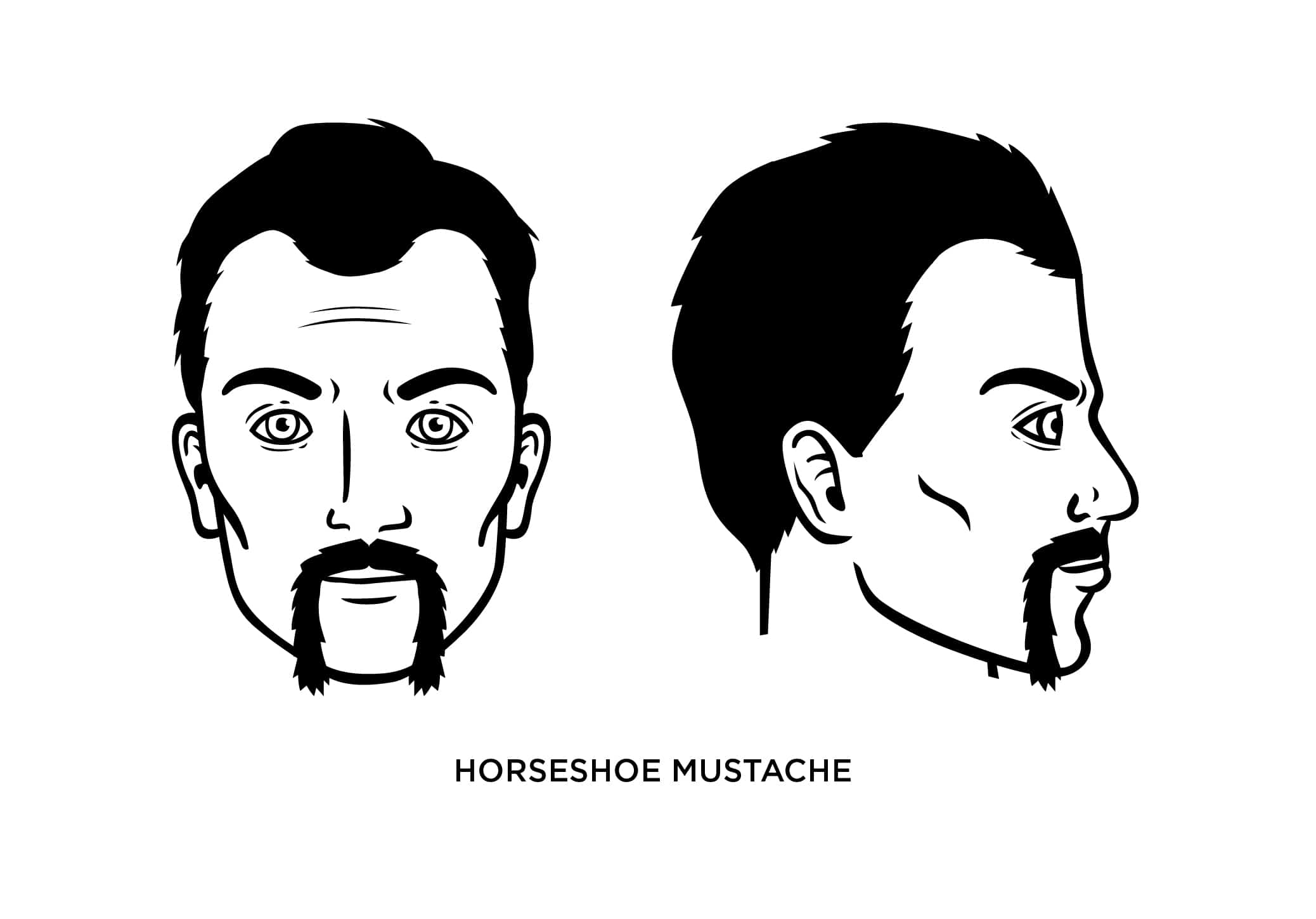 The Wild West was a period in American history in which opportunity and tragedy stood on equal footing. You might strike it rich, but you might get shot as you emerged from a saloon into the blazing sun of a desert afternoon.

But it was a period that has contributed plenty to fashion up to this day: cowboy boots, hats, and other western wear, as well as provided endless material for movies.

It also gave us the horseshoe mustache.

The horseshoe was popular among cowboys who worked in the Wild West and continues to grace men’s faces to this day. And it’s just what its name suggests: a full mustache that looks like a horseshoe.

What the Horseshoe Mustache Says About You

If you’re wearing a horseshoe mustache, you’re probably a tough guy of some kind. Or, you’d like to be a tough guy, and you hope your mustache is helping to affirm your toughness.

The horseshoe mustache is a statement. It’s the epitome of masculinity, and it shows that you’re not afraid to take a risk. This facial hair style always stands out and makes an impression—whether it’s at a bar or on the street, people will notice the boldness of your look.

When you wear a horseshoe mustache, you may be perceived as a rugged individualist who’s confident in his choices. You don’t care what other people think, and you’re not afraid to stand out from the crowd. The horseshoe also says that you can appreciate an old-timey look and traditional values.

If you’re considering growing this unique style, check out the following examples of the horseshoe mustache to see whether it’s right for you.

Or, you’re a biker. A lot of bikers – that is, men who ride Harleys – wear or have worn a horseshoe mustache. You badass. It’s not something you’ll wear to the office, but you probably don’t work in an office, anyway.

Men with rounder, more oval faces do well with the horseshoe mustache. In many cases, the wider the face, the better the horseshoe looks.

How to Shave the Horseshoe Mustache

The best way to get the horseshoe is to grow a full beard and develop the style from there. Shave your cheeks and the chin area just below your lower lip. You’ll be left with a trail of hair that runs from the sides of your mustache down to your neck.

Next, shave the line of the mustache just at the jawline because you don’t want the ‘horseshoe’ running down onto your neck.

Finally, shave the width to your liking, although experts suggest it should be no longer than a quarter-inch across. If you want to keep it looking ‘neat’, then you should trim the sides a couple of times per week.

Wrestling icon Hulk Hogan has one of the most recognizable horseshoe ‘staches in modern culture. Actor Paul Rudd wore a half-horseshoe (also known as the “Dallas mustache”) in the comedy “Anchorman.”