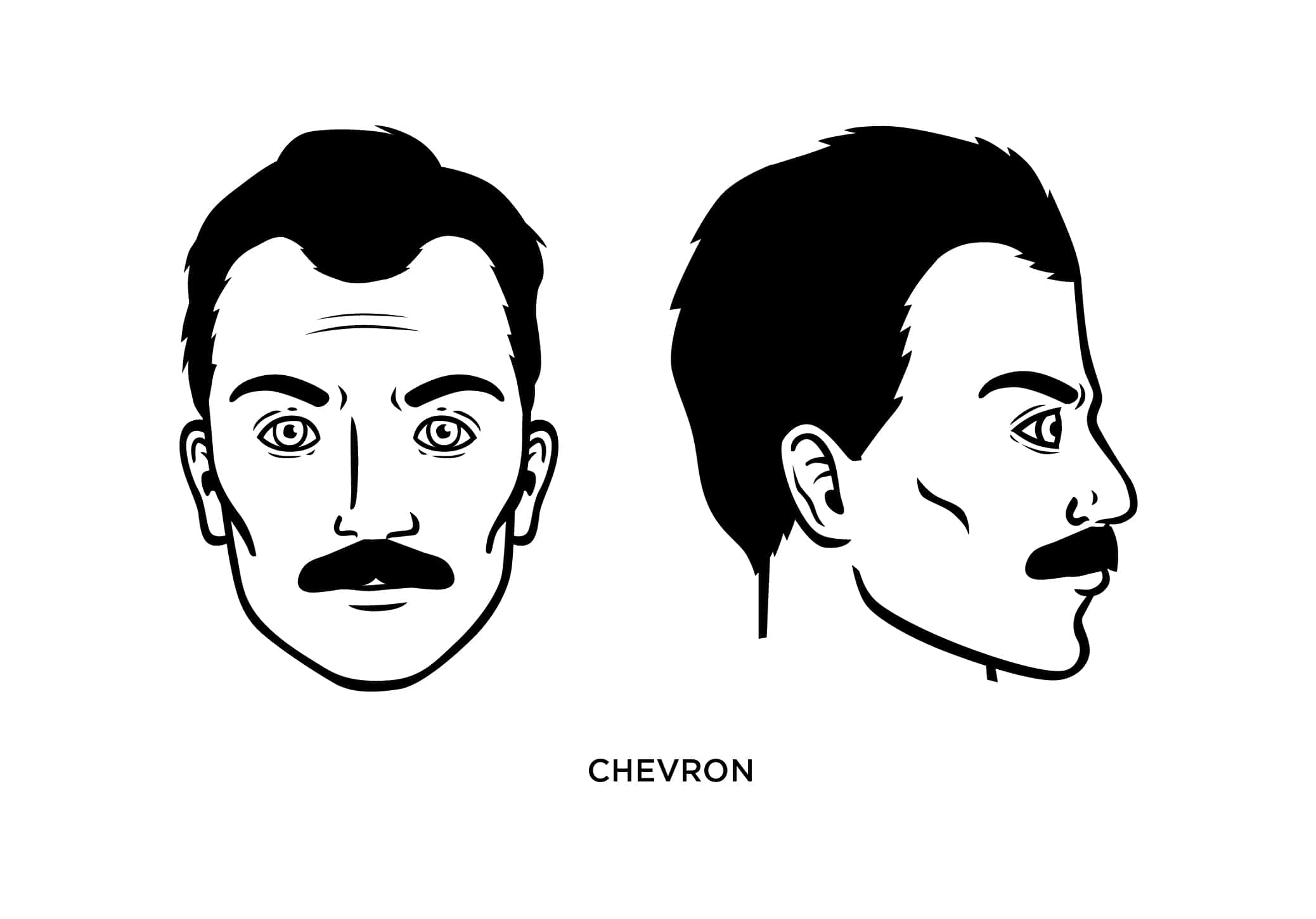 The Chevron mustache style is great if you want to let your mustache grow fully and robustly, but don’t want it to cover your lips and mouth (like the walrus mustache). It’s a mustache left to its own devices but with some occasional care and guidance along the way.

While the mustache declined in popularity during the last decade or so of the 20th-century, it has made a comeback, and it’s not unusual to see men channeling their inner Tom Selleck while wearing a Chevron. The Chevron is sharper, angled, and wider than other full mustache styles, and it’s certainly something only a grown-up man should wear.

Contents hide
What the Chevron Says About You
What Face Shape Best Fits the Chevron?
How to Shave a Chevron Mustache
What Famous People Wear the Chevron?

What the Chevron Says About You

If you wear a Chevron, you’re serious but calm and insist on only telling it like it is. You don’t always say a lot, but when you do, it’s completely devoid of bullshit. But even Mahatma Gandhi wore a Chevron, so it would too much of stereotype to say all of its wearers are tough guys.

The Chevron works well with most facial shapes, including the all-inclusive oval shape.

How to Shave a Chevron Mustache

Like the walrus mustache, the Chevron begins with letting your mustache grow. Let it grow across your upper lip, where it naturally wants to go. Keep your cheeks and chin clean-shaven.

Once you’ve grown it to a suitable length, trim the long stray hairs along your upper lip so that the bottom of the Chevron is flush to the lip. Let it angle downward around the corners of your mouth, but not too far down (you don’t want it to resemble a horseshoe mustache).

One of the great things about the Chevron is that it doesn’t require much maintenance. The main thing is to keep the bottom portion of the mustache trimmed so that it doesn’t droop beyond your upper lip.

What Famous People Wear the Chevron?

We’ve mentioned Tom Selleck and his unforgettable Chevron. But the late rock star Freddie Mercury also had an excellent Chevron, as have many others.