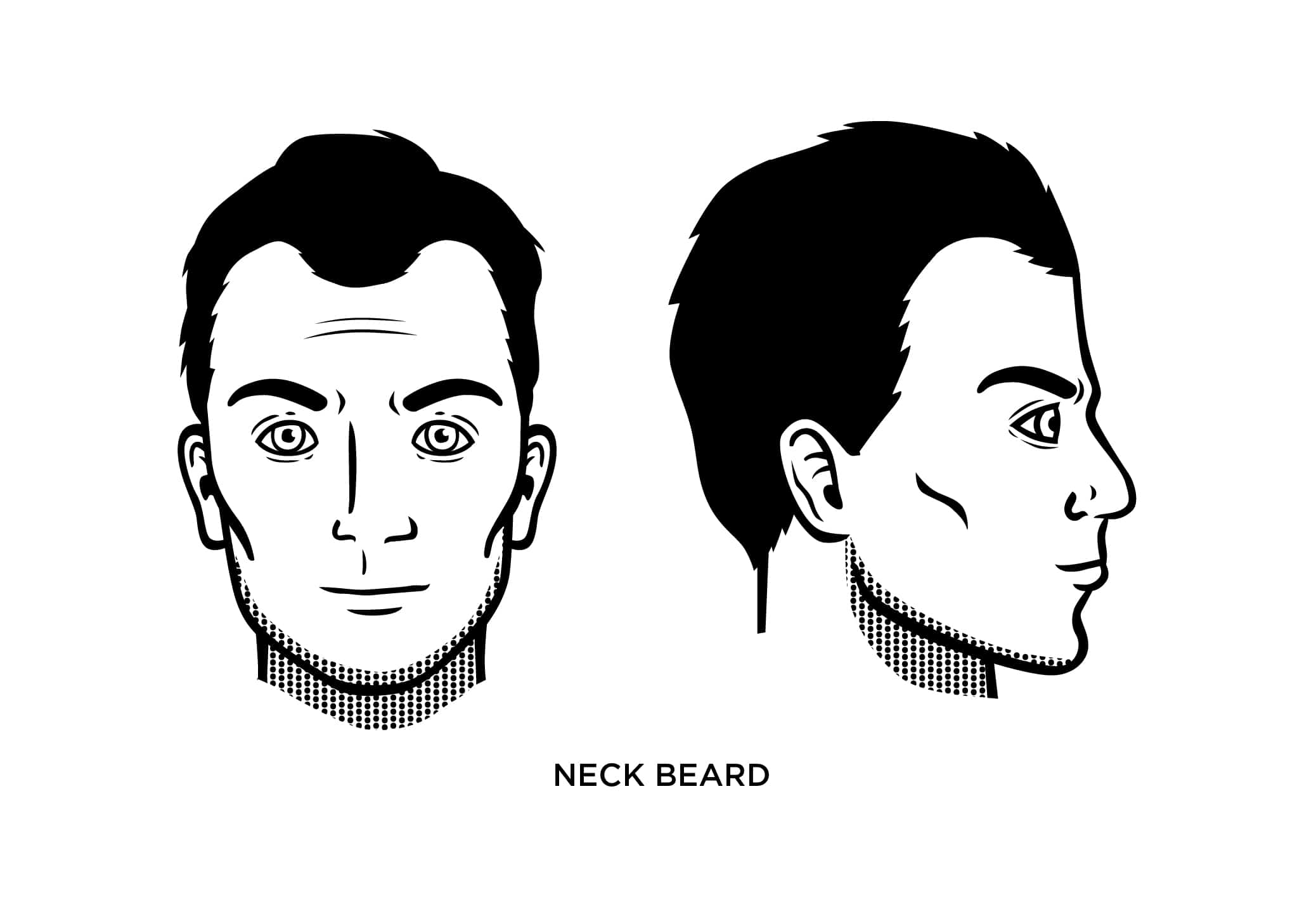 Our role isn’t to tell you what beard style is best or worst for you. We’re here to inform, give a bit of background, tell you how to keep it looking its best, and provide some names of famous people who’ve worn the style.

So, we’re not here to judge the neck beard. But it does have a reputation for, well, being a style that isn’t exactly basking in universal love.

Any basic internet search will bring you to that conclusion and, perhaps even more damaging; it’s considered an eyesore by women (most women, anyway).

Here’s the other thing: in urban slang terms, “neck beard” is a derogatory term for slovenly nerds who either don’t believe in good hygiene or choose not to practice it. They probably spend too many hours on video games, anime, etc.

Again, we’re really not “bashing” the neck beard style, but clearly, it’s not everyone’s cup of tea – for both wearers and non-wearers.

Describing a neckbeard is simple enough. As its name suggests, it’s a beard confined to the neck region. There’s no additional hair left unshaven on your cheeks, chin, or mustache area.

What Does a Neck Beard Style Say About You?

We’ve touched on it already, but the typical neck beard wearer doesn’t get a whole lot of respect. But maybe you don’t give a crap, either.

If so, then you’re one of those dudes who isn’t going to waste a lot of time about what you and I think of their neck beard. And you may already have a woman who loves you, neck beard and all.

The neck beard suits men with diamond-shaped heads the best. The neck beard will broaden these gent’s faces and create more of a balanced look.

How to Trim a Neck Beard

The same rule applies to neck beards as it does to other styles of beards: make sure you wash them with a quality beard shampoo to remove any debris before you begin the trimming process.

The main rule in the trimming process is that you want to make sure your cheeks, chin, and upper lip are clean shaven. Use an electric razor to carefully create an outline of your neck – if you’d like.

Some neck beard wearers aren’t concerned with much else after the initial patch of neck hair has reached full bloom.