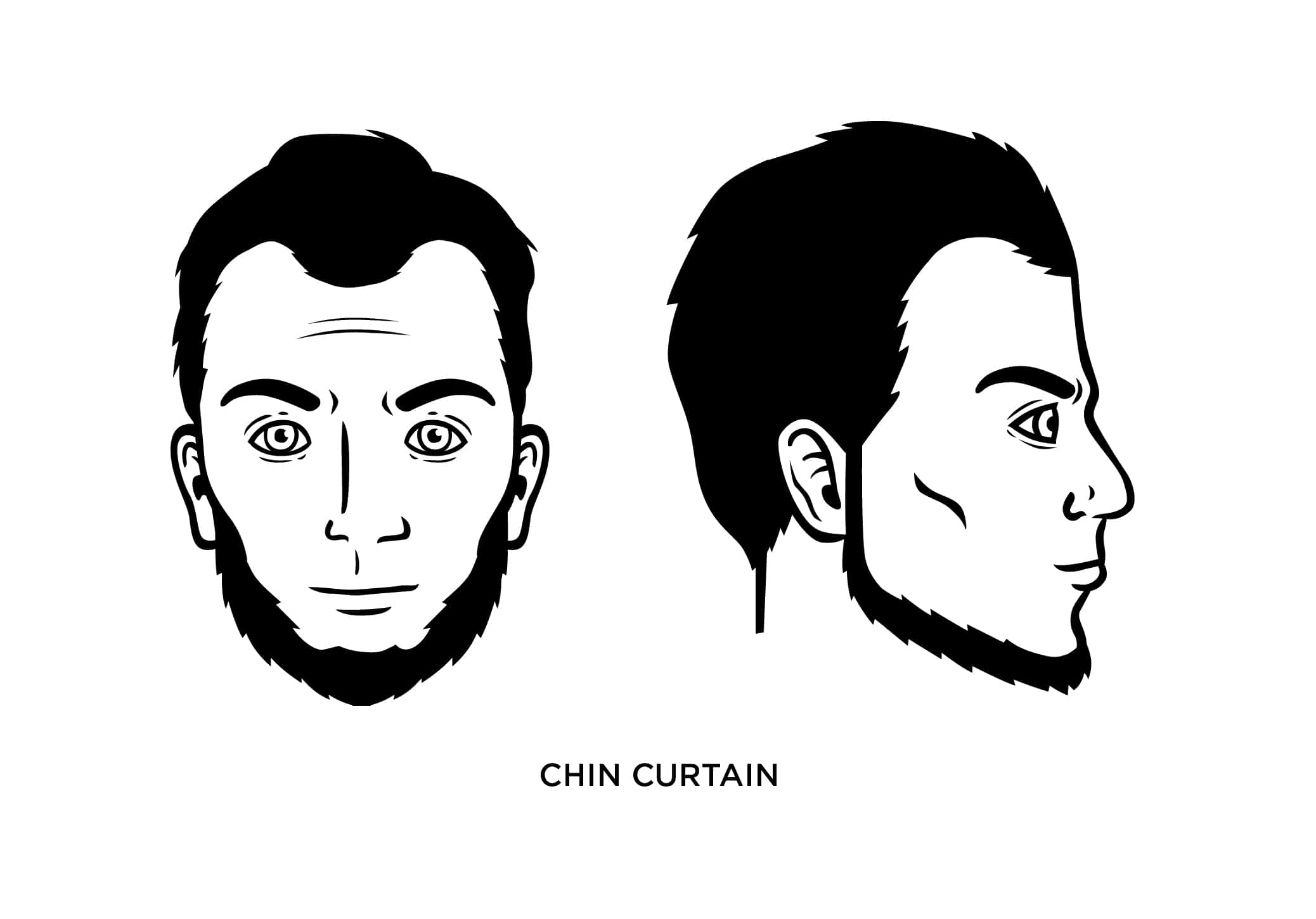 The chin curtain and the Amish beard are one in the same (along with the Shenandoah); the best way to describe it is facial hair that grows along the jawline before erupting into a full, lengthy beard at the chin that can grow to great lengths.

The hair above the lip is clean-shaven.

Most of us associate this style with the fact that it’s worn most commonly by Amish men. To Amish males, it’s not a style, per se, but part of their beliefs and culture. The bottom line is that they grow beards after marriage in accordance with scripture.

They don’t grow mustaches, however, because in Amish culture mustaches are associated with the military (and the Amish are pacifists). Their beards are also a means of identifying themselves from other religious/cultural groups.

What the Chin Curtain/Amish Beard Says About You

Let’s be Captain Obvious right from the start: If you’re wearing an Amish beard, chances are you’re Amish.

Not everyone who wears it is Amish, of course, and Abraham Lincoln sported a beard in his day that was decidedly Amish/chin curtain-like.

It’s just not a style that’s particularly common in popular culture, and if you’re wearing it, you certainly don’t mind standing out in a crowd.

The Chin Curtain/Amish beard looks best on men with oval-shaped faces. It also works well if you have a larger face.

It can also be worn by men with triangular-shaped faces as well, provided that there’s enough length to cover up the tapering jawline.

As long as your goal is to add more depth to your face—as opposed to rounding out its edges—the chin curtain is an ideal choice for almost any face shape.

How to Shave the Chin Curtain/Amish Beard

This style encourages growing a full beard – and beyond – but without a mustache. Growing it doesn’t require a ton of skill; you simply let the beard grow along both your cheeks and chin. There’s no limit to its length, that’s a matter of personal taste.

Amish men let their beards get nice and long; non-Amish men may keep their chin curtain limited to just a few inches beyond the bottom of the chin. You’ll need to shave your upper lip every day to leave no trace of a mustache.