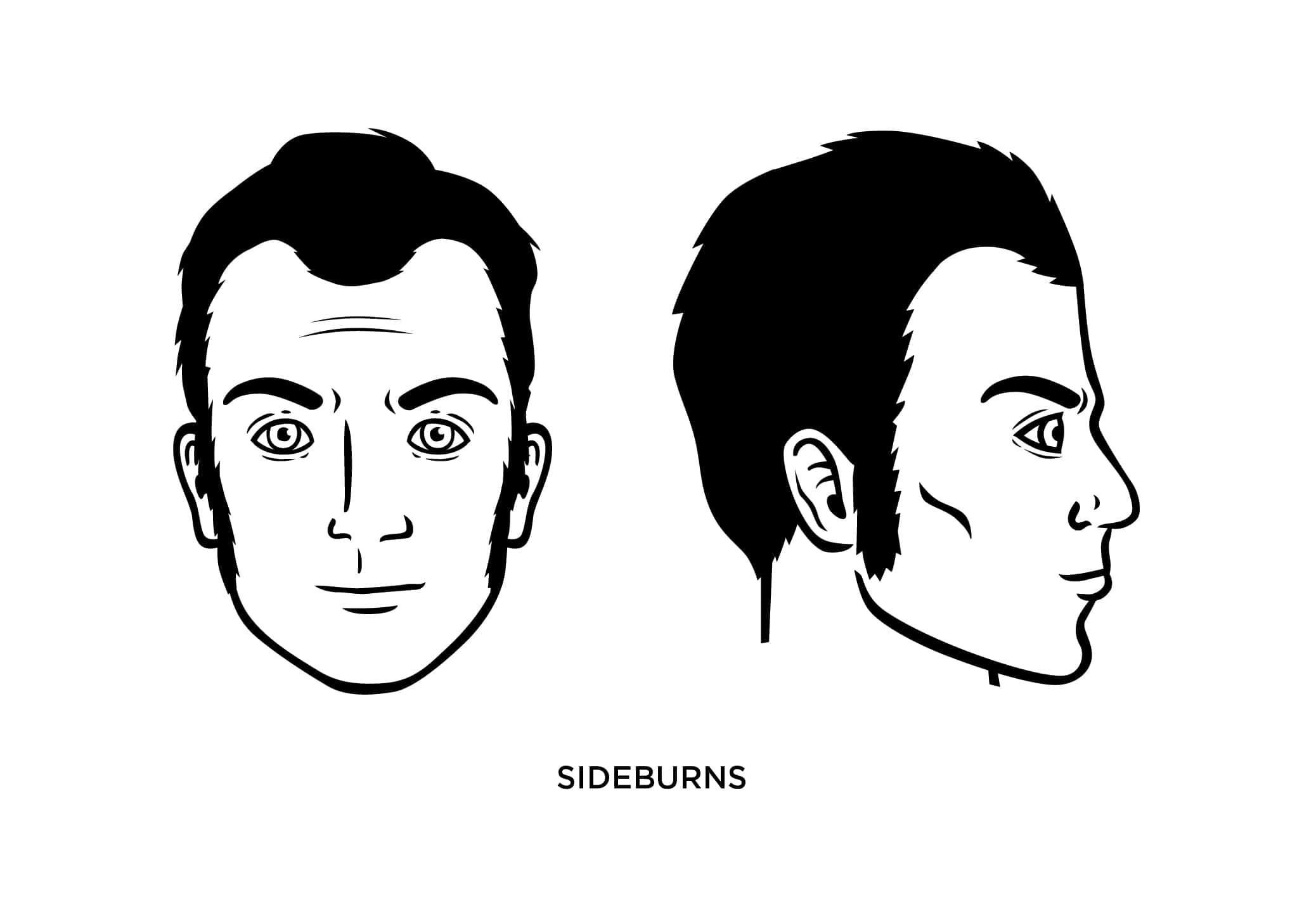 The simple sideburn. It’s often vastly underrated unless used in a big attention-grabbing way. We may not even pay particular attention to sideburns, both on ourselves or on others.

Or, maybe not. Maybe you’re a man who understands the importance of sideburns, as well as the variety of ways you can wear them to enhance your overall look. Or, for that matter, create a look all its own.

In any case, we recommend giving careful thought to your sideburns (which simply refer to the patch of hair alongside your ear that runs downward along the face at varying lengths). For starters, they are an important part of your overall final look.

They impact your profile from the side and front, and can enhance – or ruin – the look of an awesome beard and hairstyle. You can use them to accentuate positive facial features while helping to cover up others.

Sideburns also have a rich history. They’re believed to be named for Civil War hero and industrialist General Ambrose Burnside, but sideburns have been around at least the days of Alexander the Great.

Contents hide
What Sideburns Say About You
What Face Shape Best Fits Them?
How to Trim Sideburns
What Famous People Wear Them

What Sideburns Say About You

There’s something playful about them, particularly if worn in a non-traditional way. Men with sideburns like to have fun and don’t always take things too seriously. The “look” is often experimented with on college campuses.

What Face Shape Best Fits Them?

Men with an inverted triangle face shape do well with this style because it focuses attention on their sideburns and mustache.

But different sideburn styles fit different facial shapes, and the length and width of your hair are other factors in deciding which style works for you.

How to Trim Sideburns

If you’re using clippers, which should be adjusted to about three-quarters of an inch, work from the bottom up. For a more precise cut, use a comb and scissors: hold the hair up with your comb and use the scissors to remove hair to the desired length.

Technically, there are three types of sideburns:

Short sideburns are a risk-free and popular look. To be considered “short,” they shouldn’t come below the mid-point of your ear. This style looks best if you have less facial hair.

Short sideburns are for those who are following trends or trying to play to the masses. It’s the version of facial hair that almost everyone can pull off, and it looks effortless.

Long sideburns finish below the bottom of the ear but can extend further depending on what look you choose. Longer sideburns work well if you have a rounder face.

Long sideburns say that you’re either an artist or a professional wrestler (although they do overlap quite often). If your job has anything to do with art or entertainment, long sideburns give you that extra bit of magnetism that can help set you apart from your less stylistically-inclined peers.

Tapering your sideburns means that the thickest hair will be above the ear before thinning out as it reaches a specific section of your ear. The tapered look is attractive on men with short to medium length hairstyles.

What Famous People Wear Them

Elvis Presley had a set of sideburns that will forever live in popular culture’s archives. The man had some serious ‘burns, as well as some serious moves that conquered a whole generation of women.