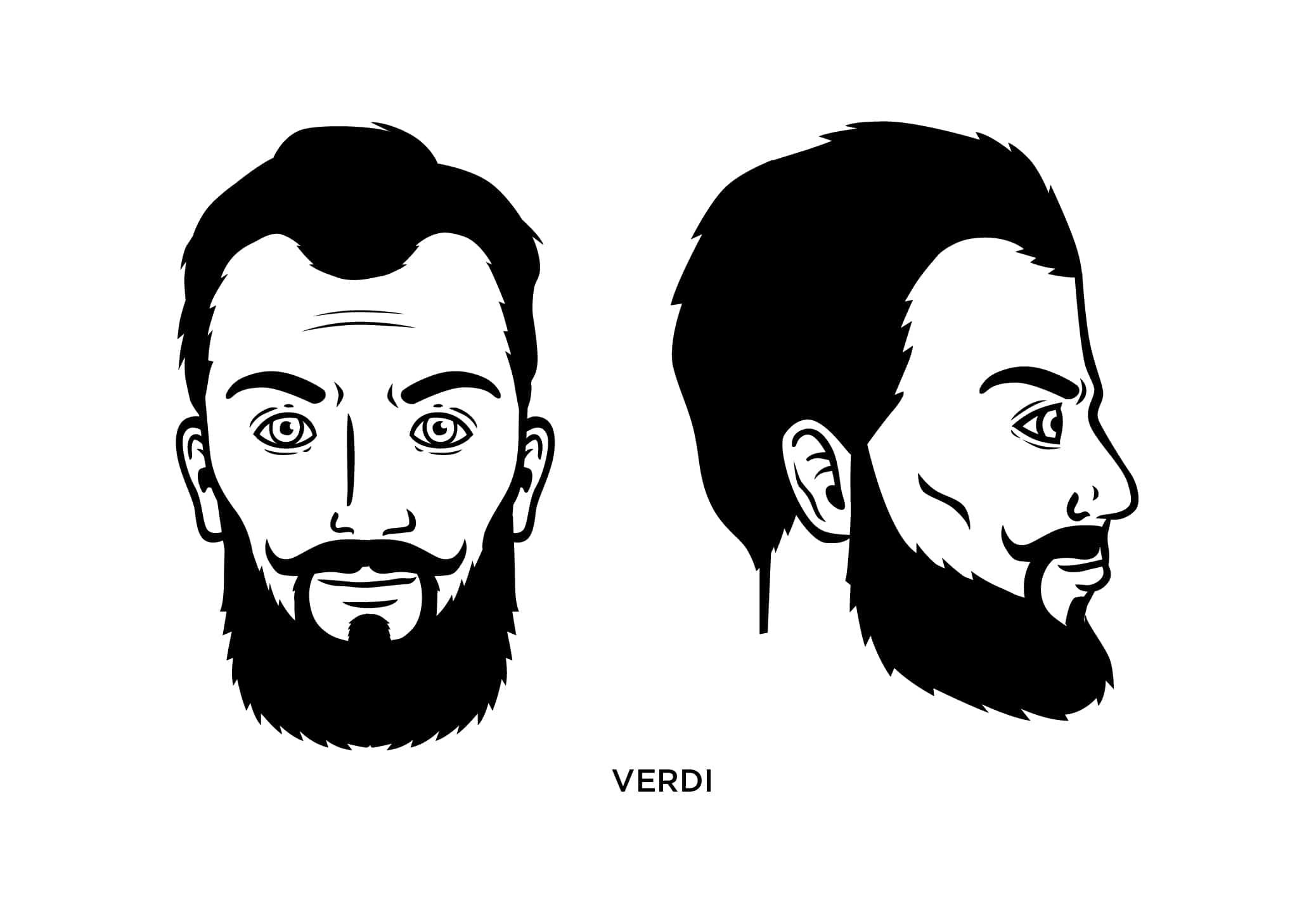 The Verdi is another full beard look with a whole lot of styling going on. It’s a cool look, no question, and hat’s off if you’re making it work for you.

What is it? It’s a short, rounded beard coupled with a carefully styled mustache that will have people glancing up from their tables when you walk into a room. Indeed, the mustache is a vital detail for the Verdi.

This style isn’t anything new; after all, it’s named for 19th-century composer Giuseppe Verdi, but it’s popping up with more frequency these days. And why not? There’s no denying it’s distinctiveness.

Contents hide
What the Verdi Beard Says About You
What Face Shape Best Fits the Verdi?
How to Grow the Verdi beard
What Famous People Wear the Verdi?

What the Verdi Beard Says About You

If you’re a Verdi wearer chances are good that you prefer to be a bit out of the ordinary, although not alarmingly so.

There’s also a sense of sophistication about you – you could be out in the relentless pursuit of companionship (and doing quite well, thank you), but you’re also content to spend a quiet evening discussing literature and music with like-minded companions.

It can be argued that a triangular face is the best shape for the Verdi.

The Verdi beard is a great style for men with square or diamond faces. It’s important to keep in mind that not all men can pull off the Verdi, and that it’s a style that only works well on certain face shapes. If you have a round face, you might want to opt for another beard style such as the goatee.

The Verdi beard is also a good choice for men with thick, full beards. If you can’t grow a full beard, then this look may not be for you. It’s best to work with what you’ve got, so don’t try to force a beard style that doesn’t fit your face shape or hair type.

How to Grow the Verdi beard

Also, be sure to keep the edges of your beard neatly trimmed and tidy.

The mustache, which is separate from the beard, is a big part of the Verdi look.

It should never extend below the corners of your mouth and, in most cases, is styles so that its outer edges curve upward. You must always – always – keep your mustache immaculately trimmed if you want to be a true carrier of the Verdi banner.

What Famous People Wear the Verdi?

The Verdi is named after 19th-century composer Giuseppe Verdi, who gave us musical works such as La Traviata and Rigoletto.