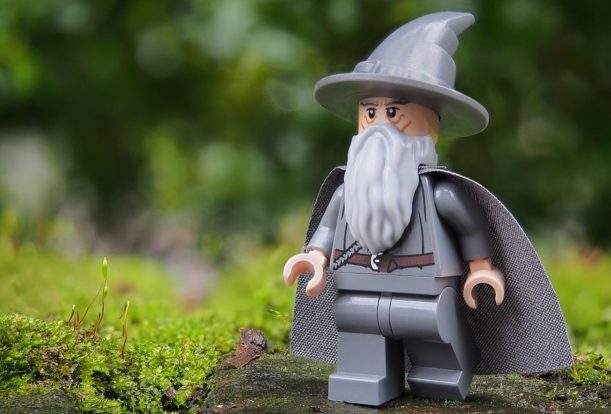 As a beard lover, you don’t need to tell how cool they are.

A beard adds character to your face, and throughout history, the beard has stood for many things. Beard wearers are regal, they’re rugged, and they’re refined. A beard can be used to make a statement about a person, and even to make a general assumption.

If you saw a man on the side of the road with a long, scruffy beard, you might think vagrant. A big, neat but wild ZZ Top style beard makes you think biker, whilst a thin, narrow mustache conjures up images of shiftiness, a bit like Dick Dastardly from Wacky Races. It’s easy to draw assumptions of a character when seeing a beard, and it is why facial hair is often used in movies to help build a profile.

If you don’t believe us, here are three great examples of movie characters with very distinctive beards.

Thor’s beard is almost as famous as his hammer, and the Norse God is often depicted with his facial adornment. Hemsworth is the same, and for his role as Thor, the producers have mixed the two to create a niche for the Australian actor. Playing a character like Thor isn’t easy; he’s everywhere and known outside of Hemsworth’s portrayal.

You can find him in comic books and films, and even in video games. Games Radar reveals he’s a playable character in Assassin’s Creed Valhalla, and that’s just the tip of the iceberg. On mobile devices, Thor features in some of the online slots from Gala Bingo, including Age of Gods Norse Legends and Norse Gods and Giants. He has a huge bushy beard in those titles, as he does in Thor: The Dark World.

To move away from this rugged depiction, Hemsworth’s Thor often has the smart, fashionable beard the actor is also famous for.

Think of a wizard, any wizard. We guarantee you’ve got a pointy hat, robes, and a long beard. In fact, there isn’t a famous wizard that comes to mind that doesn’t have a beard; the longer and whiter, the better.

Gandalf always had a beard; that was clear from Tolkien’s books, but it was made famous by McKellen in the Lord of the Rings trilogy. Like Thor, Gandalf had a persona outside of McKellen’s thanks to depiction not only in the book but video games such as 1988’s War In Middle Earth and Lego Hobbit on PlayStation 4. The producers went for a different slant to Hemsworth here; they remained dedicated to the typical depiction and hid McKellen behind the famous face fur.

Rather depressingly, many older movies depicted villains as having beards; the better groomed, the worse the villain. Was there ever a villain worse than Hans Gruber, the character who kidnapped a tower block full of people and held them hostage?

His perfectly groomed beard was up against the rugged, white-vested John McClane, and he never stood a chance in the Nakatomi Plaza. Rickman, an English actor, was hidden away behind a great trim and European accent that harked back to classic Bond baddies as much as anything.

Even now, a perfectly groomed beard and slight European twang are sure to spark unfounded and unwarranted fear in the hearts of true Die Hard fans.

Should You Shave Before or After a Shower? The Pros & Cons

The History of Beards: Facial Hair Throughout The Ages