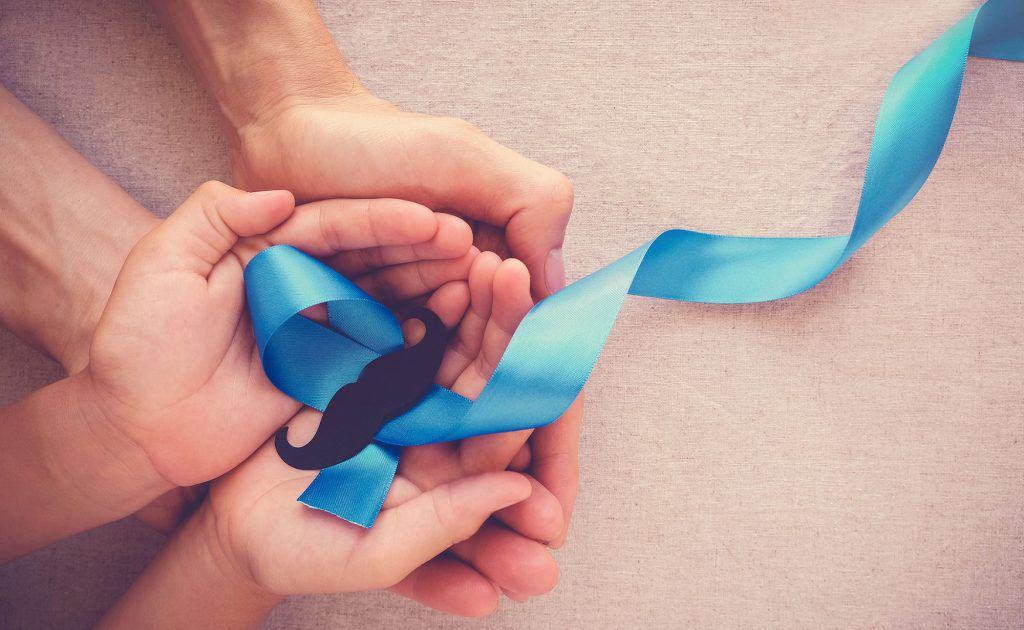 While mustaches never actually disappeared, they did fall out of fashion in the past few decades, at least in many parts of the world. They’re making a comeback, however, and if you’re looking to rock the mustachioed look there’s no better time than now.

There are other, even better reasons for wanting to grow a mustache, however. It’s fall, after all, and that means Movember – that lovely, charitable movement which asks men to grow a ‘stache for a good cause.

Let’s take a look at everything Movember, including what it is, who it helps, and other interesting facts.

So, get ready to put down your razors, gents. Movember is almost here.

Contents hide
What is Movember and what does it support?
Movember, and the new meaning of Movember
How Movember works
What programs Movember supports
FAQ (Frequently Asked Questions)
Conclusion

What is Movember and what does it support? 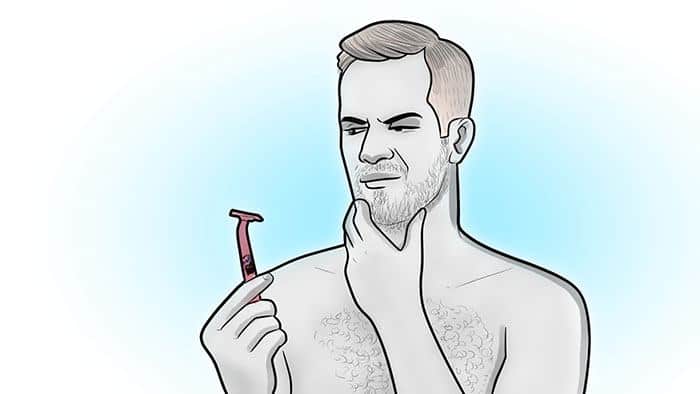 It all started in 2003 in Melbourne, Australia. A couple of friends, Travis Garone and Luke Slattery, met for a beer and part of their conversation concerned the humble mustache’s lack of popularity, at least when compared to years past.

Garone, who’d just come back to Australia from Canada, also mentioned to Slattery how Canadian women loved men with facial hair. After a few beers, they challenged each other, and some 30 other mates, to grow out their mustaches for an entire month (November).

“Movember was kind of a throwaway idea,” Garrone said in a story in news.com.au. “But there’s so much method to our madness.”

How the challenge turned into a cause

Creating a challenge was one thing, but the Movember idea took off after Garone saw a television ad for prostate cancer check-ups at a local medical facility.

Unsure of what prostate cancer entailed, and its prevalence, Garone googled it and was taken aback by what he learned.

For one, prostate cancer is the male equivalent of breast cancer, including in its rate of death and diagnosis.

And from there, Movember took on a whole new meaning.

Movember, and the new meaning of Movember 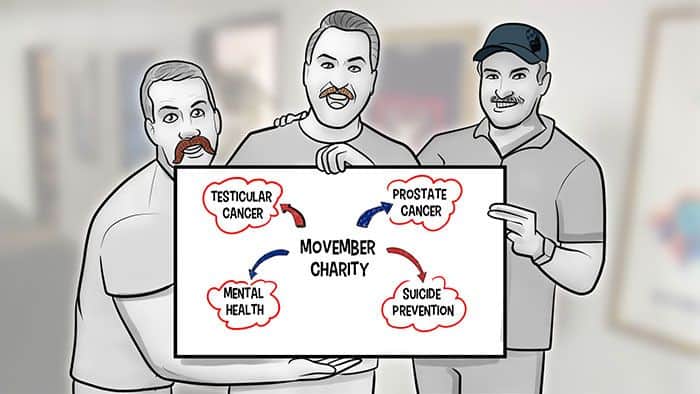 The first Movember, held in 2003, was described as more of a party than a charity event. But then Garone, Slattery, and their friends decided to take things to a different level because of the initial event’s success at inspiring conversation among men.

The next year, the Movember crew attached a cause to their challenge by raising money to help increase awareness of prostate cancer. They raised $54,000 in 2004 and the rest is history.

Since then, the Movember Foundation has raised over $850 million and funded more than 1,200 men’s projects around the world.

Funds raised by the Movember organization help a wide range of projects from scientific and clinical research to medical technology and government initiatives.

It not only raises money for prostate cancer research and programs, but also for testicular cancer, and mental health and suicide prevention.

How much has it grown? Well, Movember is the largest men’s health movement in the world today. Since its beginning, Movember has had over 5.2 million participants while raising record-breaking sums of money for men’s health projects. 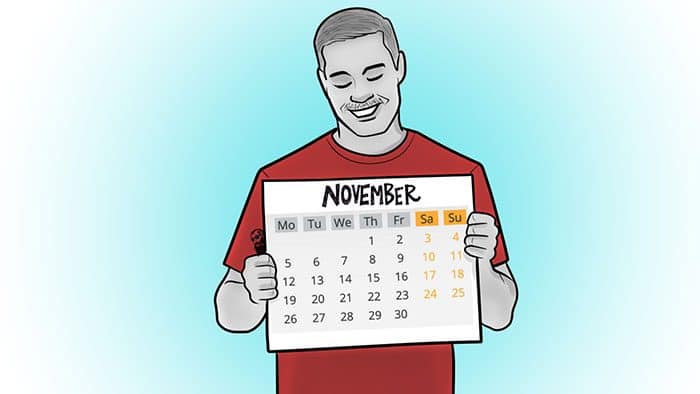 The main premise behind the Movember movement remains the same: take the challenge and grow a mustache for the entire month of November.

If you decide to participate, simply make sure that you’re clean-shaven on November 1. You’ll then “donate” your face, so to speak, for an entire month while not only raising funds to important men’s health initiatives, but also while serving as a billboard for these issues.

You can raise money in a variety of ways, including asking for a donation from family and friends (such as an amount of cash for each day you grow your ‘stache), and you can donate money that you’d normally spend on shaving supplies.

Or, you can take bids on what color to dye your mustache and donate the money raised from that (don’t worry, the pink dye isn’t permanent). 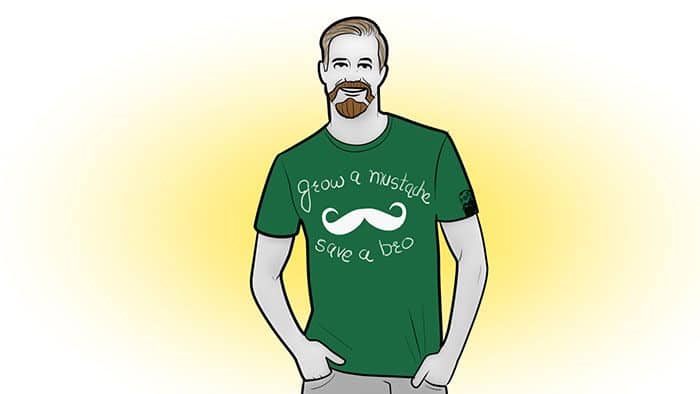 While Movember’s original charitable focus was on raising awareness and money for prostate cancer, it also focuses now on testicular cancer awareness and programs, as well as mental health and suicide prevention.

Here’s a brief look at each part of the Movember Foundation’s focus:

It’s safe to say that men’s health is in a crisis mode today. Men are dying, on average, six years earlier than women. Meanwhile, prostate cancer rates will double over the next 15 years, experts say.

Thanks to preventive health screening, slowing the death rate of men with prostate cancer is an attainable goal and one that the Movember movement makes part of its focus.

The Movember Foundation hopes to reduce the number of prostate and testicular cancer deaths by 50% in the next decade.

It also wants to help reduce the number of men who suffer serious side effects from prostate and cancer treatments. In the United Kingdom, 1 in 8 men will get prostate cancer during their lives.

Regular health screening is vital in helping men to avoid prostate and testicular cancer, but also for catching it in its early stages to reduce the death rate caused by the diseases.

And a recent study by the University of Maryland School of Medicine showed that men who’ve had testicular cancer have an increased risk of also getting prostate cancer.

Studies also show that men are 2 ½ times more likely to develop prostate cancer they have a family history of it.

There’s no denying the numbers:

Clearly, addressing men’s mental health issues – and the tragedy of suicide – borders on crisis proportions. And Movember, the movement that started with a mustache, hopes to reduce the rate of male suicide by 25% by 2030.

To do so, the Movember Foundation focuses on areas such as education while helping men and boys stay mentally healthy, form communities, and encourage men and boys to have the kinds of conversations that aren’t always easy (but sometimes life-saving).

What does Movember mean?

Movember refers to a movement, initially started in Australia in 2003, that challenges men to grow a mustache during November.

The word “Movember” is a combination of the words “moustache” and “November.” It is a movement in which men stop shaving their moustaches for the month of November.

The goal is to raise awareness and funds to combat prostate cancer, testicular cancer, and other health problems that affect men. What started as a challenge among friends grew into a movement to raise money and awareness for men’s health issues and projects.

What is Movember about?

Movember encourages men to grow a mustache during November but also much more than that. It’s a way to raise awareness and money for men’s health causes, such as prostate cancer research.

What is the Movember Foundation?

The Movember Foundation is the charity that promotes men’s health and raises money for men’s health projects. The foundation has funded 1,200 projects in more than 20 countries.

The Movember Foundation is a global charity that was founded in 2003 in Melbourne, Australia, by a group of young men who were inspired by the cause and wanted to make a difference. In its first year, only 30 men took part in what was called the Movember Challenge, but the movement gained traction in the years since and has expanded worldwide.

Last year alone, over 5 million people participated. The foundation raises funds through donations made by participants’ friends and family members online; funds are also raised through merchandise sales and partnerships with companies like TOMS shoes.

What does Movember raise money for?

How does Movember work?

Men who participate in Movember agree to, starting from scratch, grow a mustache in November. They can ask family and friends to donate money for every that they grow out their ‘stache, take bids on what color to dye it, and more.

Why do they call it Movember?

Movember gets its name from the challenge of growing a mustache, the original impetus for the movement, in November. Or, you can simply say it’s an important movement that happens in November.

When does Movember start?

Movember starts on the first day of November and ends on the month’s final day. This year’s Movember movement begins on Friday, Nov. 1 and ends on Saturday, Nov. 30.

What’s the difference between Movember and No-Shave November?

While Movember’s focus is on growing a mustache to support men’s health initiatives, No-Shave November asks men to not shave for a month while raising cancer awareness.

Movember represents a win-win situation in every respect.

It not only asks participants to grow and rock a mustache – and many have never grown a mustache before – but also helps raise money and awareness for important men’s health issues, such as prostate cancer and suicide prevention.

If you’re unsure of what kind of mustache to grow for Movember, check out our guide to 26 mustache styles.

Do you participate in Movember? If so, we’d love to have you share your experience with other readers and us. We’d love to hear from you.

How to Trim Your Mustache Like a Pro in 7 Easy, Illustrated Steps

Best Beard & Mustache Waxes That Give a Powerful Hold

The 7 Stages of Growing a Beard: Here is What You Can Expect

What is No Shave November and How is it Different From Movember?

How to Stop Beard Itch With These 12 Effective Home Remedies

Should You Shave Against the Grain? The Pros & Cons