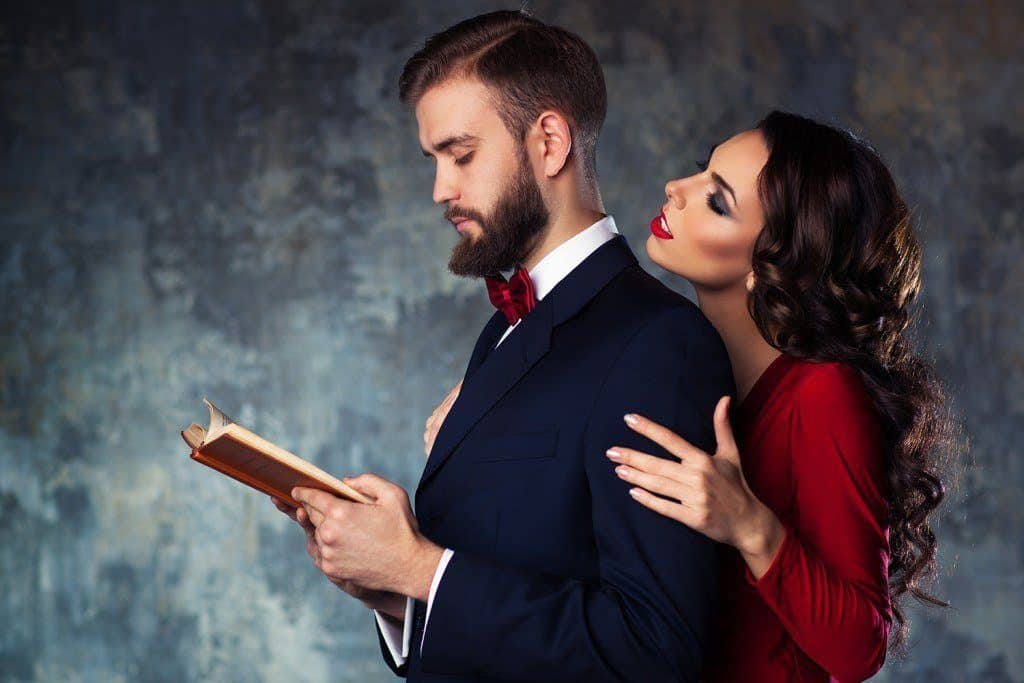 Maybe you’ve witnessed it first-hand at a bar or other social outing in which you’re competing with dozens (seems like thousands) for the attention of attractive women.

Then, friend, it’s time to come to grips with the fact that men with beards are seen as attractive. Women love them.

Grow one and be prepared for your social scene success rate to shoot up to a new level. Don’t grow one and watch your bearded buddy enjoy the fruits of his facial hair.

Well, science is never a bad place to start. And the bottom line is this: studies show that facial hair strongly influences people’s judgment of men’s socio-sexual attributes. So, it’s not just word of mouth. It’s science.

One final question: What makes beards attractive? With a wide range of people weighing in – both women and men – here are some reasons why. Oh, if you haven’t already, you’ll probably want to get started on growing that beard.

There’s no need here for a lengthy history of the beard, but the beard does have some serious longtime cred.

Great men and leaders sported beards. In the middle ages, beards were considered a sign of prestige. A beard was serious business. Abraham Lincoln sported a beard. So did Sigmund Freud. So did a bunch of tough guys in hundreds of western movies.

Research has shown that many women are attracted to men with full beards for a variety of reasons. One reason was that those men were seen as someone who can be the strong head of the family. Bearded men provide a sense of security.

A beard implies strength. That’s the message you send when you have one. And women can detect that message very easily. A survey of 800 women, ages 18 to 24, found that “men with facial hair are more attractive than those without.” The women were asked to rate pictures of men with and without facial hair.

Their results were pretty clear: Men with full beards were perceived as older and wiser, while the clean-shaven men were seen as younger, more immature and less masculine.

Oh, where to start with this? For one, you can be short or slight of build, but a beard can help make you look like a badass.

Lumberjacks wear beards. UFC champ Conor McGregor wears a beard, not that he needs one. But with one, he seems tribal. A beard seems to come with a warning: “Mess with me at your own expense.”

OK, it’s one thing to stand around looking all tough in your new beard, but it helps to bring something more to the table than just toughness (implied or otherwise).

Have no fear – that beard is also attractive because it makes you seem more intelligent. Freud wore a beard, and he was considered a genius.

Ernest Hemingway wrote great novels and stories but could you see him writing about bull-fighting without his beard? No, you can’t.

OK, there’s no reason you can’t have a beard and still be smart, sensitive and head of a Fortune 500 company.

But from at least one woman’s point of view, dating a bearded man allows for that “sexy rebelliousness” a girl may have been attracted to in the dude from high school with the beard, tattoos and cool car. Or, motorcycle.

6. Beards Are The Perfect Balance Between Sensitive and Edgy

Not all women need a bearded tough guy; many are attracted to the sensitive, artsy man who writes poetry or plays guitar. They’re perceived as romantic.

Put a beard on that same guy and now he also has that necessary edginess women are looking for. The edge makes her heart flutter; the romance and sensitivity make the relationship unforgettable.

Many women say there’s nothing quite like kissing a man with a beard. Some even suggest that a beard has major advantages in, ahem, other romantic contact, as well.

8. Beards Are Good For You

Research has shown that men with beards lead an overall healthier existence. It also shows that beards block up to 95 percent of all harmful UV rays, thus slowing the aging process while reducing the risk of skin cancer.

While a man with a beard seems more sure of himself, he also portrays an image of sophistication and mystery. And mysterious can be sexy.

10. Beards Make You Stand Out

If nothing else, a beard shows that you’re not afraid to be out of the ordinary. The world is filled with clean-shaven men. A man with a beard, however, is willing to try different things and different adventures.

There’s no shortage of reasons why beards are attractive, and there are certainly others beyond this list. Moreover, it’s a scientific fact that women have an attraction to men with facial hair. So why wait, fellas? Get your beard together and your life will follow.

12 Proven Ways to Grow a Thicker Beard, Backed by Science

Should You Shave Against the Grain? The Pros & Cons